On the Xbox 360, Warhammer: Battle March includes the original content from Warhammer: Mark of Chaos as well as all-new features, intuitive control schemes and support for online play via the Xbox LIVE. Thrusting players into Games Workshop’s renowned fantasy world, players control six unique armies – the Empire, Chaos, Skaven, High Elves as well as the all-new Dark Elf and Orcs & Goblins forces – as they battle for supremacy in a world torn apart by constant warfare. The individual units of each army can be customized in great detail, allowing players to put their own mark on their fighting force and strike fear into their opponents with terrifying combinations of weaponry and armor. Players can also control Heroes and Champions for each army, high-powered units that gain new abilities as they tear through the opposition. Placing the focus of gameplay on combat and tactics rather than tedious resource management, Warhammer: Battle March on the Xbox 360 features two control schemes for both master battlefield tacticians and novice warriors that offer full control over all aspects of the player’s army. On Xbox LIVE, up to four players can engage in massive multi-army clashes in head-to-head and team-based modes of play. [Namco Bandai Games] 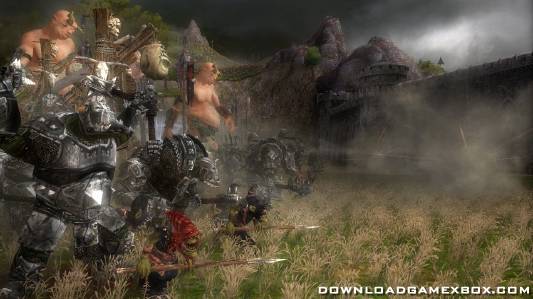 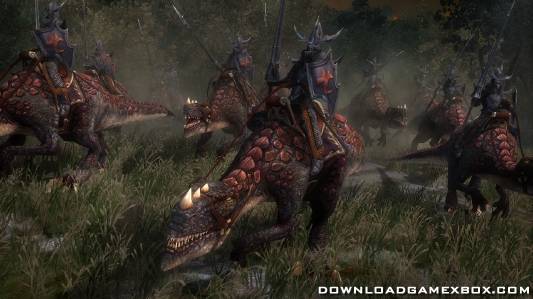