Transformers: Revenge of the Fallen thrusts players into a battle for supremacy across the globe as either AUTOBOTS or DECEPTICONS to drive, fly, fight and blast their way through intense, pressure-packed levels. Delivering more control, players can select from a diverse range of playable TRANSFORMERS – each with distinct personalities, abilities and weaponry – and jump straight into action as they instantly switch between robot, vehicle and weapon modes to fight for the preservation or annihilation of all mankind. For the first time in the TRANSFORMERS universe, players can also fight the epic war between the AUTOBOTS and DECEPTICONS online in explosive, multiplayer combat. Players can take on the role of their favorite AUTOBOTS and DECEPTICONS such as Optimus Prime, Starscream, Bumblebee and Ironhide, along with new characters making their first appearance in a game. With two distinct campaigns that allow players to save or destroy the human race, players can unlock and play missions in any order and with different characters for a whole new experience. Instantaneously convert from a colossal robot to a dynamic land or air vehicle such as a diesel truck, sports car, military chopper or fighter jet. New, ultra-fluid transformations can be performed in-motion anytime and anywhere, allowing players to strategically propel through and decimate hordes of enemies with incredible agility. [Activision] 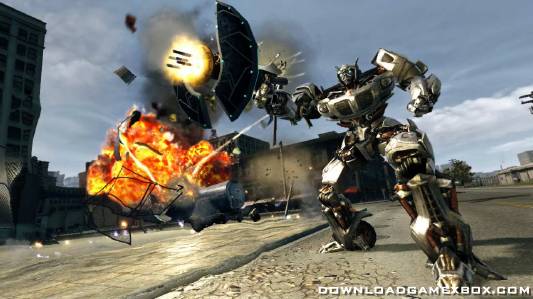 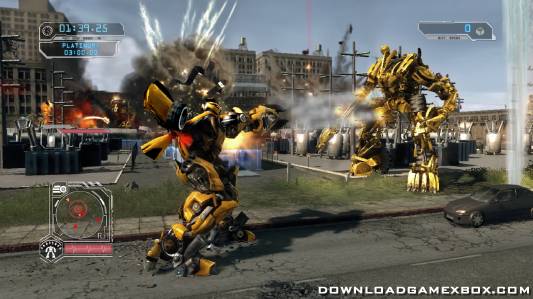