The game is predominantly a 2D platformer with puzzle elements, although there are several other level types; flying levels where the player controls a Beechcraft, driving levels where the player controls a motorcycle and sword fighting levels. The player controls Tintin for the majority of the game, although in some sections, Snowy can be controlled, and in the final battle, the player controls Captain Haddock. Snowy has the ability to follow Tintin’s scent, as well as the scent of other humans and creatures, and can also scare harmful creatures away with a bark. Tintin can punch enemies and climb ladders. Whereas Tintin can only attack using punches, Haddock can also use a sword to fight. The game also includes an offline co-op mode set in Captain Haddock’s nightmares, where Tintin, Haddock and Bianca Castafiore (each controlled by a different player, or by the same player at different times) must combine their unique abilities to complete each level. 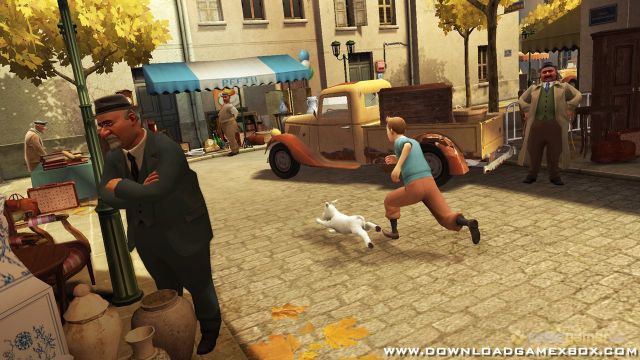 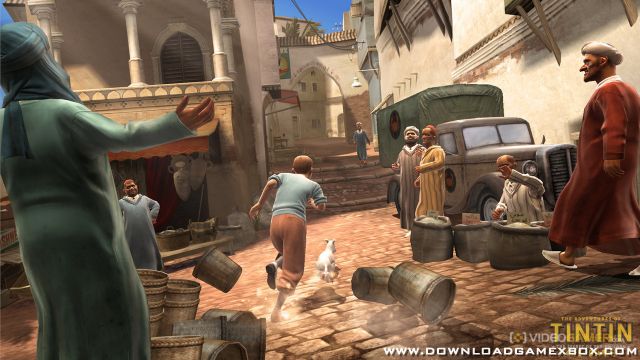 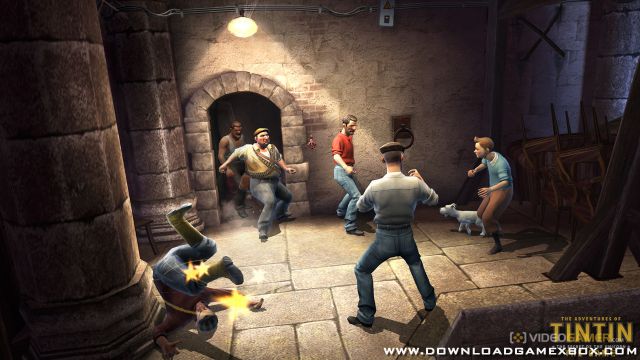