Fans of the popular Star Wars: The Clone Wars TV series can continue the battle for galactic peace in this videogame that puts players right in the middle of the Clone Wars. Take up arms on behalf of the noble Galactic Republic, pursuing the mysterious bounty hunter Cad Bane and combating the all-new Skakoan super villain Kul Teska.

Players fight as both Jedi Knights and Clone Troopers through over 30 unique missions, all created incorporating the same ground-breaking, stunning visual style from the TV series. Featuring a brand-new storyline, players will get the chance to take part in the key events that lead directly into the second season of the TV show. Jedi characters can slice and dice their way through countless enemies, commandeer droids and show off their combat prowess on foot and in a variety of vehicles. Clone Troopers fire things up with a heavy weapons armament that includes rocket launchers, thermal detonators and even jet packs in levels built specifically to take run-and-gun gameplay to exciting levels. 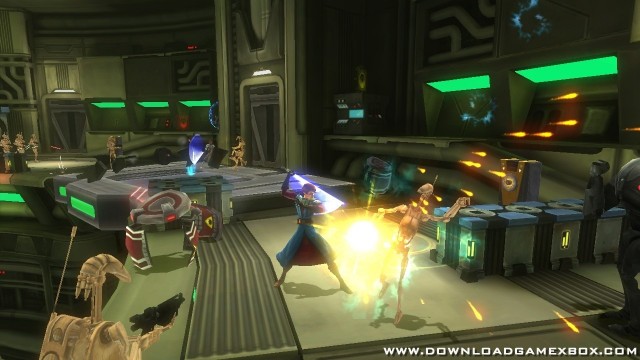 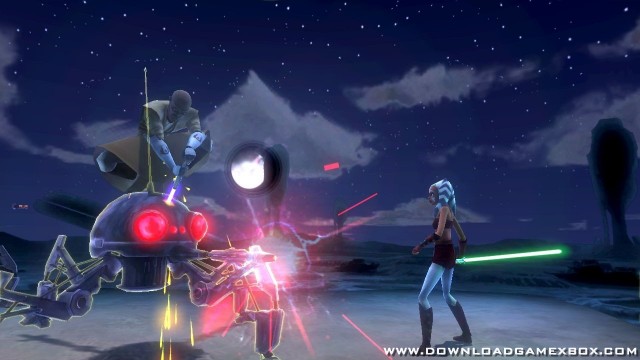 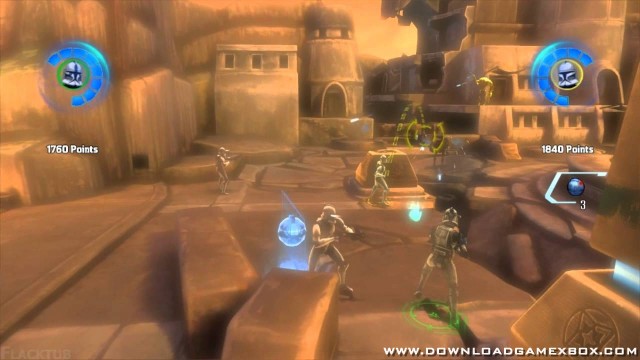