A vertically-scrolling 2D shooter, featuring three levels of difficulty and an arranged mode with an auto-attack feature when the player gets hit.

Mushihimesama (or “Bug Princess”) is a vertical shooting game set in a beautiful fantasy world. Huge insect-like creatures called Koju roam the desert landscape outside the village of Hoshifuri. When Reco’s people fall to a mysterious sickess, the young princess decides to leave the village and meet the God of the Koju, who may provide a cure. Riding her faithful Golden Beetle friend Kiniro, Reco must traverse the wilds, braving the hostile landscape and the aggressive Koju beasts on her journey to Shinju Forest.

The Xbox 360 release of this 2005 arcade shooter promises an upgrade of the graphics to HD standards and other bonus features. 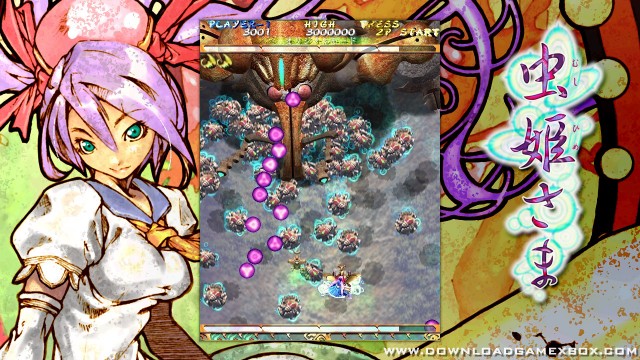 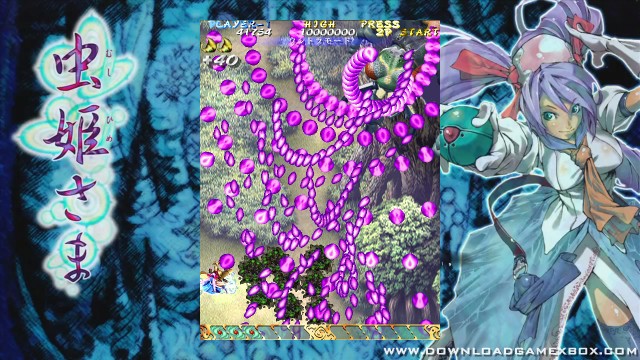 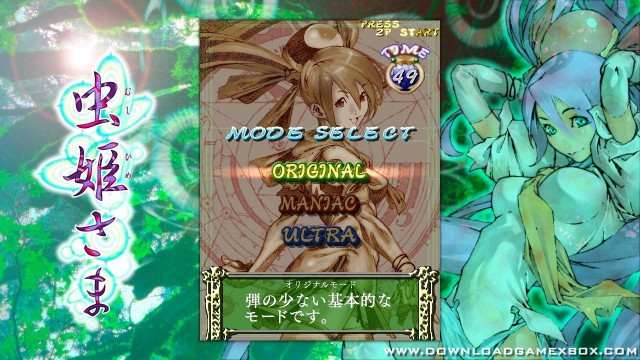