Marvel Vs. Capcom 3 is an explosive showdown between the heroes of the Capcom universe and the superheroes of the Marvel universe. After a decade of waiting, iconic Marvel and Capcom characters join forces again in team fighting action. Fill the shoes of legendary characters from both the Marvel and Capcom Universes — including massively popular characters such as Ryu, Wolverine, Iron Man, and Morrigan, as well as fan favorites such as Trish from Devil May Cry and the wise-cracking Deadpool. They all come to you battle in a living comic book art style powered by Capcom’s MT Framework, an advance version of the graphics engine used for Resident Evil 5. 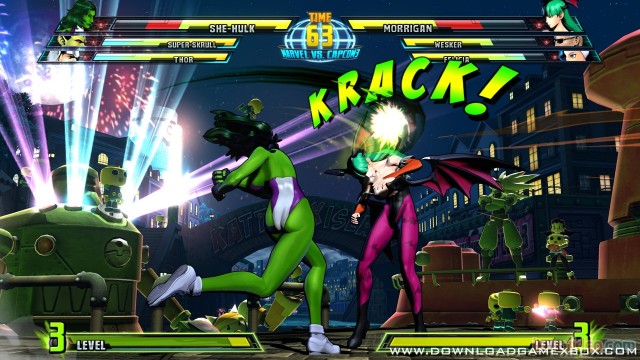 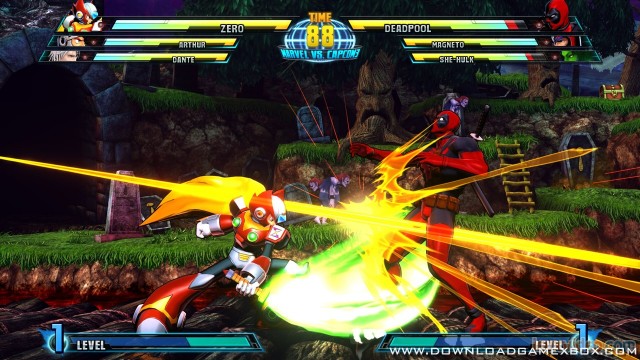 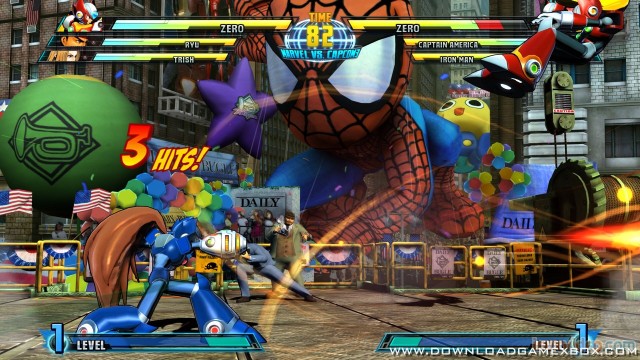