Capcom Digital Collection is jam-packed with eight hit games previously available via Xbox LIVE Arcade for Xbox 360. The collection features popular titles including Super Street Fighter II Turbo HD Remix, Final Fight: Double Impact (which includes both Final Fight and Magic Sword), 1942: Joint Strike, Super Puzzle Fighter II Turbo HD Remix, Bionic Commando Rearmed 2, Commando 3, Rocketmen (including both Axis of Evil and It Came From Uranus packs,) and Flock! All eight games will be available together on a disc at retail for the first time. Each game preserves all the features, online functionality and Achievements from their download versions.

1942: JOINT STRIKE — Maneuver WWII-era aircrafts and take on huge waves of incoming enemy fire, duck and dodge explosions and missiles while challenging huge enemy bosses. Recruit a wing man and employ new “Joint Strike” attacks, combining the powers of both aircrafts into one devastating barrage. With new weapons and power ups in the arsenal, prepare to rejoin the battle!

BIONIC COMMANDO REARMED 2 — Equipped with his famous bionic arm, Nathan “Rad” Spencer swings back into action in order to stop General Sabio from launching a deadly missile strike. Swing, leap, and shoot through lush new environments while encountering countless enemies and huge bosses throughout the island of Papagaya in this retro side-scrolling action game.

FINAL FIGHT: DOUBLE IMPACT — Players are taken on a hard-hitting journey with the quintessential versions of arcade classics Final Fight and Magic Sword. Both games feature HD-filtered graphics, a host of unlockables to discover, an integrated online leaderboard, and seamless online and local co-op multiplayer modes.

FLOCK — Ready the cornfields and lock up the livestock, because Flock! is here! Use a unique UFO tractor beam to herd and protect cute, cuddly animals back to the mothership through more than 50 sandbox puzzles rife with dangers. Players can flock with a friend or create and share crazy levels online with a built-in level editor.

ROCKETMEN — Join the Rocketmen and the Alliance of Free Planets in a white-knuckled struggle to free the solar system from the tyrannical grip of the Legion of Terra in this RPG-style shooter. Players have the choice to save the galaxy alone or cooperatively with up to three other players over Xbox LIVE or locally on the same console. The original Axis of Evil pack is joined by the popular expansion pack Rocketmen: It Came From Uranus which features three new levels to explore and additional weapons.

SUPER STREET FIGHTER II TURBO HD REMIX — One of the most popular games of the early ’90s is reborn! Updated with 1080p HD redrawn art and widescreen support, this updated version of the innovative fighting game offers a unique experience that appeals to new fans and Street Fighter purists alike. Super Street Fighter II Turbo HD Remix includes both online and offline competition for one or two players.

WOLF OF THE BATTLEFIELD: COMMANDO 3 — One of the most popular arcade shooters is back! Players blast their way to victory utilizing a huge arsenal of weaponry, controllable vehicles and a rag-tag group of specialized soldiers. Up to three players can enjoy the classic arcade-style experience together on a single console or online. With a comprehensive scoring system and online leaderboards, players can see how they compare to the best digital soldiers in the world. 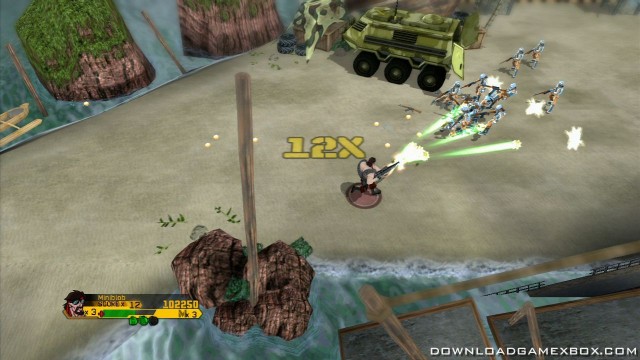 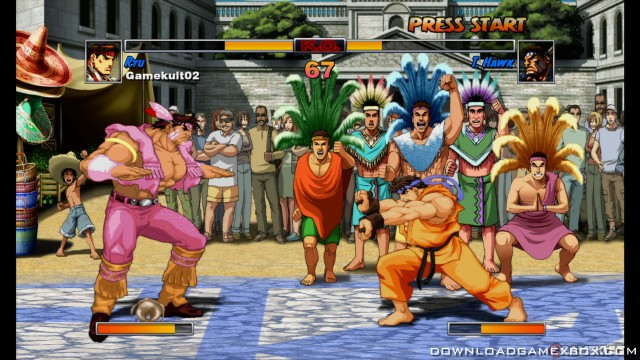 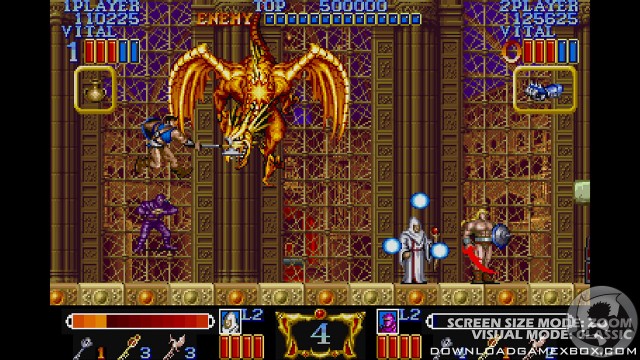