In Blazing Angels Squadrons of WWII, players test their air-combat skills as they experience the most famous battles of World War II. As a squadron leader, players can fly up to 38 WWII aircraft in both single-player and multiplayer missions. The game features squadron-based combat, in which each artificial intelligence wingman’s specialized skill can be used to the pilot’s advantage. During the course of the 18-mission campaign, players will evolve along with their wingmen into an ace fighting force. The heroic storyline that follows the evolution of a single squadron and the cinematic presentation create moments reminiscent of classic World War II movies. Pilots fly in close to Germany’s industrial terrain during a bombing raid or emerge from the fog and cloud cover over London to engage the enemy. Up to 16 players online can engage over Xbox Live online game service in head-to-head dogfights or cooperative team play between squadrons in 10 additional missions. 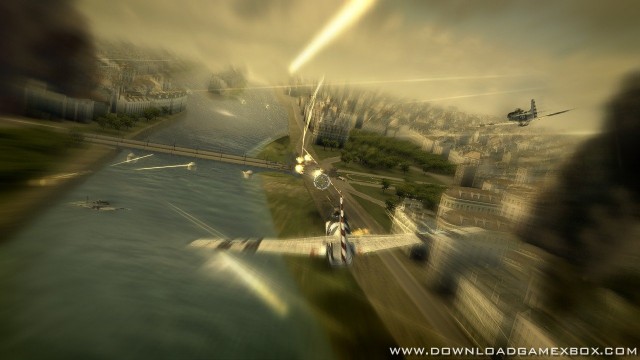 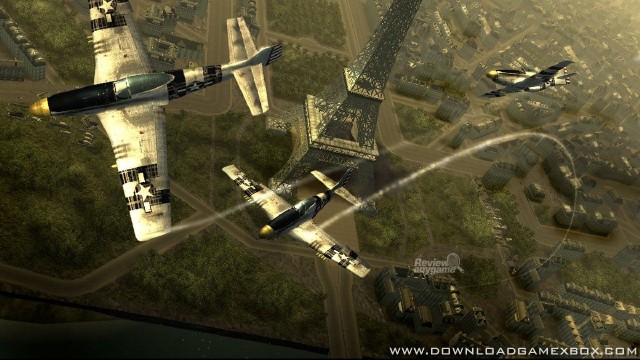 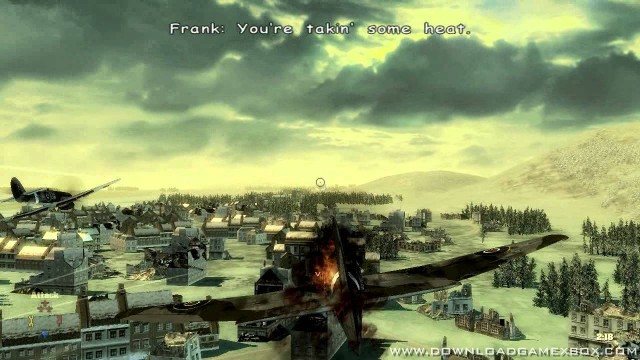